The Fantasies of Robert A. Heinlein (Paperback) 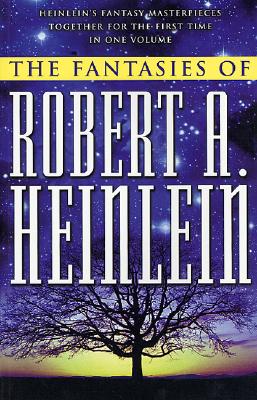 By Robert A. Heinlein
Unavailable. Orders will be auto-cancelled.

Robert A. Heinlein, the dean of American SF writers, also wrote fantasy fiction throughout his long career, but especially in the early 1940s. The Golden Age of SF was also a time of revolution in fantasy fiction, and Heinlein was at the forefront. His fantasies were convincingly set in the real world, particularly those published in the famous magazine Unknown Worlds, including such stories as "Magic, Inc.," "'They--,'" and "The Unpleasant Profession of Jonathan Hoag." Now all of Heinlein's best fantasy short stories, most of them long novellas, have been collected in one big volume for the first time.

Robert A. Heinlein (1907-1988) is widely acknowledged to have been the single most important and influential author of science fiction in the twentieth century. He won science fiction's Hugo Award for Best Novel four times, and in addition, three of his novels were given Retrospective Hugos fifty years after publication. He won Science Fiction Writers of America's first Grand Master Award for his lifetime achievement. Born in Butler, Missouri, Heinlein graduated from the United States Naval Academy and served as an officer in the navy for five years. He started writing to help pay off his mortgage, and his first story was published in "Astounding Science-Fiction" magazine in 1939. In 1947, he published a story in "The Saturday Evening Post," making him the first science-fiction writer to break into the mainstream market. Long involved in politics, Heinlein was deeply affected by events such as the bombing of Hiroshima and Nagasaki and the Cold War, and his fiction tended to convey strong social and political messages. His many influential novels include "Starship Troopers," "Stranger in a Strange Land," "The Moon Is a Harsh Mistress," and "Time Enough for Love." At the time of his death in 1988, he was living in Carmel, California with his wife Virginia.

"He made footsteps big enough for a whole country to follow. And it was our country that did it....We proceed down a path marked by his ideas. That's legacy enough for any man. He showed us where the future is." --Tom Clancy

"He rewrote US SF as a whole in his own image. Robert A. Heinlein may have been the all-time most important writer of genre SF." --The Encyclopedia of Science Fiction

"Robert A. Heinlein's methodical approach to scientific exploration was equally effective when he bent to fantasy and supernatural fiction....Heinlein was one of the first writers to successfully meld the substance of SF and fantasy into an integral whole without compromising either genre." --The Encyclopedia of Fantasy