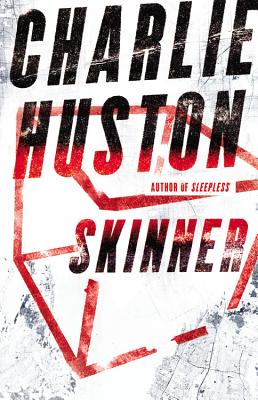 Skinner founded his career in "asset protection" on fear. To touch anyone under his protection was to invite destruction. A savagely effective methodology, until Skinner's CIA handlers began to fear him as much as his enemies did and banished him to the hinterlands of the intelligence community.

Now, an ornate and evolving cyber-terrorist attack is about to end that long exile. His asset is Jae, a roboticist with a gift for seeing the underlying systems violently shaping a new era of global guerrilla warfare.

At the root of it all is a young boy, the innocent seed of a plot grown in the slums of Mumbai. Brought to flower, that plot will tip the balance of world power in a perilous new direction.

A combination of Le Carre spycraft with Stephenson techno-philosophy from the novelist hailed by the Washington Post as "the voice of twenty-first century crime fiction," Skinner is Charlie Huston's masterpiece -- a new kind of thriller for a new kind of world.

Charlie Huston is the author of Sleepless, the bestsellers The Mystic Arts of Erasing All Signs of Death and The Shotgun Rule, the Henry Thompson trilogy, the Joe Pitt casebooks, and several titles for Marvel Comics. He lives with his family in Los Angeles.

"A thriller for the Edward Snowden Summer . . . Mr. Huston is renowned for making the fantastic believable."
—Wall Street Journal

"Skinner is of the moment. . . . While Skinner has its share of bone-crunching fight scenes, Huston channeled [his] anger into a book with a highly complex picture of how people live at opposite ends of the economic spectrum."—Los Angeles Times

"Its fluency with both the world of spies and of high technology, like Olen Steinhauer by way of William Gibson, makes it a gripping read, [and] the humanity Skinner finds in himself is genuinely touching."
—USA Today

"Fun and inventive . . . An espionage thriller for the information age with echoes of John Le Carre and William Gibson."

"Skinner is an up-to-the-second thriller, combining big ideas, gouts of blood and a fascinating mix of damaged characters."—Cleveland Plain Dealer