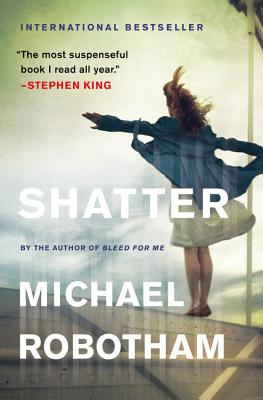 “Called to prevent a naked woman from jumping from a bridge, psychologist Joe O'Loughlin tries to talk to her down, only to watch, horrified, as she casts herself into the oblivion of the river. She has a cell phone in her hand, and even while authorities try to discover who she's been talking to, why she would leave a life she liked, a daughter she adored, another woman dies under similar circumstance. This is a mystery you are not likely to forget.”
— Betsy Burton, The King's English, Salt Lake City, UT

In "the most suspenseful book I read all year" (Stephen King), a psychologist faces off against a killer who destroys his victims from the inside out.

Joe O'Loughlin is in familiar territory standing on a bridge high above a flooded gorge, trying to stop a distraught woman from jumping. "You don't understand," she whispers, and lets go. Joe is haunted by his failure to save the woman, until her teenage daughter finds him and reveals that her mother would never have committed suicide not like that. She was terrified of heights.

What could have driven her to commit such a desperate act? Whose voice? What evil?

Having devoted his career to repairing damaged minds, Joe must now confront an adversary who tears them apart. With pitch-perfect dialogue, believable characters, and astonishingly unpredictable plot twists, Shatter is guaranteed to keep even the most avid thriller readers riveted long into the night.

"The most suspenseful book I read all year."—Stephen King, Entertainment Weekly