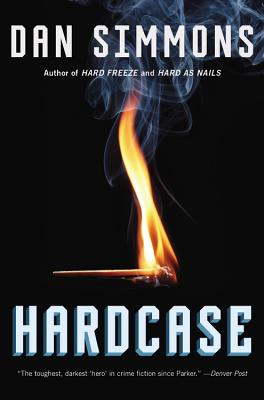 This is book number 1 in the The Kurtz Series series.

Once Joe Kurtz needed revenge -- and revenge cost him eleven years in Attica prison. Now Kurtz needs a job, and the price is going to be higher. Out of prison, out of touch, Kurtz signs on with the Byron Farino, Don of a Mob family whose son Kurtz had been protecting on the inside. Farino enlists Kurtz's help to track down the Family's missing accountant -- a man with too much knowledge of Family business to have on the loose.

But someone doesn't want the accountant found -- and with enemies inside the Family vying for his throne, and turf warfare just around the corner, Farino needs an outsider like Kurtz to flush out who's really behind this latest affront. As the story twists and turns and the body count rises, Kurtz no longer knows who he can trust. Everyone seems to be after something, from the mob boss's sultry yet dangerous daughter, to a hit man named The Dane, an albino killer who is good with a knife, and a dwarf who is armed to the teeth and hell-bent on revenge. Kurtz has always been an ace investigator. Now he's about to discover that to get at the truth, sometimes you have to go after it -- hard.

"The toughest dark 'hero' in crime fiction since Parker."—Denver Post

"HARDCASE is very tough, with a high body count...Simmons writes better than most, and his ex-PI. Joe Kurtz, who tries to hold onto a semblance of ethics while working for a semi-retired Mafia don, is an interesting character. ..there are some nifty Chandleresque twists and some nicely done upstate New York scene layering."—Boston Globe

"An exceptional tale...there's no letdown from the explosive start to hell-for-leather finish in this hard-as-nails detective story. Watch out, bad guys! Kurtz is here!Enthusiastically recommended."—Library Journal

[Simmons'] narrative is all sinewy blood and gristle...hard to beat for a pulp-fiction beach read."—Publishers Weekly

"[Simmons] handles the carnage here as confidently as if he'd teethed on a .45."—Kirkus Reviews