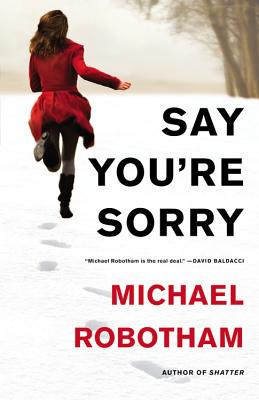 By Michael Robotham
Email or call for price
Hard to Find

Robotham uses his complex psychologist Joe Loughlin to look at the affect a violent crime has on a town.

TWO MISSING GIRLS. TWO BRUTAL MURDERS. ALL CONNECTED TO ONE FARM HOUSE. WHO IS TO BLAME?

When pretty and popular teenagers Piper Hadley and Tash McBain disappear one Sunday morning, the investigation captivates a nation but the girls are never found.

Three years later, during the worst blizzard in a century, a husband and wife are brutally killed in the farmhouse where Tash McBain once lived. A suspect is in custody, a troubled young man who can hear voices and claims that he saw a girl that night being chased by a snowman.

Convinced that Piper or Tash might still be alive, clinical psychologist Joe O'Loughlin and ex-cop Vincent Ruiz, persuade the police to re-open the investigation. But they are racing against time to save the girls from someone with an evil, calculating and twisted mind...

"Piper Hadley tells her story with the urgency of a modern-day Scheherazade....an uncanny approximation....Robotham is a writer of many voices, sounding exactly like a spoiled teenaged girl one minute and, in the next breath, exactly like a frustrated parent."—Marilyn Stasio, New York Times Book Review

"Subtle, smart, compelling and blessed with both an intelligent storyline and top-notch writing, this book will grab readers from page one and not let go until the final sentence."—Kirkus Reviews (a Fall Fiction Top Ten Pick)

"Michael Robotham is the real deal and we can only hope that will write faster."—David Baldacci, on The Wreckage

"The most suspenseful book I read all year."—Stephen King, on Shatter