The Nothing Man (Mulholland Classic) (Paperback) 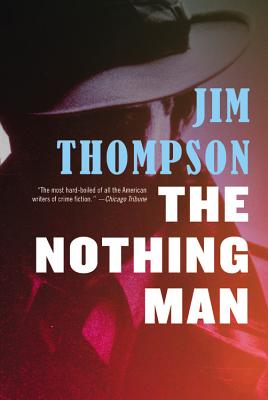 War changed Clinton Brown. Permanently disfigured by a tragic military accident, he's struggling to find satisfaction from life as a rewrite man for Pacific City's Courier. Shame has led him to isolate himself from closest friends and even his estranged, still faithfully devoted wife, Ellen. Only the bottle keeps him company.

But now Ellen has returned to Pacific City, and she's ready to do whatever it takes to get Brown back. Even if it means exposing his deepest secret ... a painful truth Brown would do anything to stop from coming to light. He'd kill a whole lot of people just to keep this one thing quiet--and soon enough, the bodies just happen to start piling up around him...

THE NOTHING MAN is Thompson at his most psychologically astute, in a deeply suspenseful and tragic portrait of one man's journey through the dark side of the Postwar Boom.

Jim Thompson was born in Anadarko, Oklahoma. He began writing fiction at a very young age, selling his first story to True Detectivewhen he was only fourteen. Thompson eventually wrote twenty-nine novels, all but three of which were published as paperback originals. Thompson also co-wrote two screenplays (for the Stanley Kubrick films The Killing and Paths of Glory). Several of his novels have been filmed by American and French directors, resulting in classic noir including The Killer Inside Me (1952), After Dark My Sweet(1955), and The Grifters (1963).