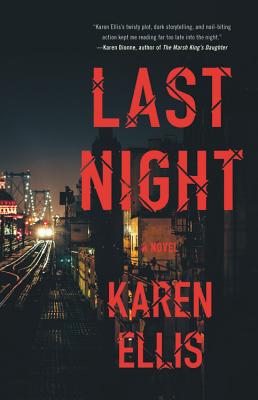 This is book number 2 in the The Searchers series.

NYPD detective Lex Cole tracks a missing Brooklyn teen whose bright future is endangered by the ghosts of his unknown father's past, in this highly anticipated sequel to A Map of the Dark.

One of the few black kids on his Brighton Beach block, Titus "Crisp" Crespo was raised by his white mother and his Russian grandparents. He has two legacies from his absent father, Mo: his weird name and his brown skin. Crisp has always been the odd kid out, but a fundamentally good kid, with a bright future.
But one impulsive decision triggers a horrible domino effect--an arrest, no reason not to accompany his richer, whiter friend Glynnie on a visit to her weed dealer, and a trip onto his father's old home turf where he'll face certain choices he's always strived to avoid.

As Detective Lex Cole tries to unravel the clues from Crisp's night out, they both find that what you don't know about your past can still come back to haunt you.

Novelist Karen Ellis lives in Brooklyn, New York, with her family. She is a member of Mystery Writers of America and International Thriller Writers.

"[An] existential thriller... Last Night is a group character study that offers realistic suspense. Ms. Ellis is an able guide inside the psyches of her subjects."—Tom Nolan, Wall Street Journal

"Without resorting to stereotypes, Ellis deftly shows just how different the stakes are for kids who supposedly live in the same world but who face very different obstacles and possibilities. This thoughtful entry in the Searchers series will satisfy fans of the previous work as well as those who enjoy a well-crafted look at New York's underbelly."
—Booklist

PRAISE FOR KAREN ELLIS and A MAP OF THE DARK


"One of the most compelling psychological thrillers I've read in a long time, A Map of the Dark grabs you from the very first page and does not loosen its grip. I read this book in a day---I simply could not put it down---but I will be thinking about it for much longer."—Alison Gaylin, USA Today bestselling author of What Remains of Me