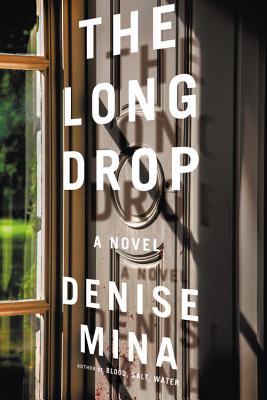 By Denise Mina
$28.00
Backordered. Place an order and we will let you know when to expect your book.

A Washington Post Best Book of the Year, this standalone psychological thriller from the acclaimed author of the Alex Morrow novels that exposes the dark hearts of the guilty . . . and the innocent.

William Watt's wife, daughter, and sister-in-law are dead, slaughtered in their own home in a brutal crime that scandalized Glasgow. Despite an ironclad alibi, police zero in on Watt as the primary suspect, but he maintains his innocence. Distraught and desperate to clear his name, Watt puts out a bounty for information that will lead him to the real killer.

Peter Manuel claims he knows the truth that will set Watt free and has information that only the killer would know. It won't come cheap. Manuel is an infamous career criminal, a degenerate liar who can't be trusted and will say, or do, anything to make a buck.

But Manuel has something that Watt wants, which makes him the perfect target for Manuel's consummate con. Watt agrees to sit down with Manuel and before they know it, one drink has turned into an epic, forgotten night of carousing across the city's bars and clubs that exposes the thin line between a good yarn and the truth.

The next time the unlikely pair meets is across the witness stand in court -- where Manuel is on trial for the murder of Watt's family. Manuel calls Watt to the stand to testify about the long, shady night they shared together. And the shocking testimony that Manuel coaxes out of Watt threatens to expose the dark hearts of the guilty...and the innocent.

Based on true events, The Long Drop is an explosive, unsettling novel about guilt, innocence and the power of a good story to hide the difference.

PRAISE FOR THE LONG DROP:
—-

"The Long Drop takes readers on a suspenseful tour into the past, through psyches and situations far grimmer than even those sooty Glasgow streets."
—Maureen Corrigan, Washington Post

"Mina has always been a close observer of the brutality drunkards can inflict on their wives and children... this one feels painfully real."
—Marilyn Stasio, New York Times Book Review

"A terrific exploration of crime and oppression."
—Kirkus (Starred Review)

"The emerging story is an intricate and suspenseful unveiling of a murderer's mind while taking readers on a compelling journey through Glasgow's historic underworld...This stand-alone thriller showcases Mina at her best, capturing the nuanced psychological suspense and ethical shadows of her Alex Morrow series as well as the electric dialogue and tangible grit of her Paddy Meehan novels."
—Booklist (Starred Review)

"An atmospheric, chilling thriller...The power of Mina's writing is such that she can transport readers from placidity to violent pandemonium in the space of a paragraph."
—Maureen Corrigan, The Washington Post

"Mina's riveting sixth novel featuring Glasgow Detective Inspector Alex Morrow...(is) an installment that exposes the bleakness of small-town Scotland as skillfully as it does the bustling mean streets of Glasgow."
—Publishers Weekly