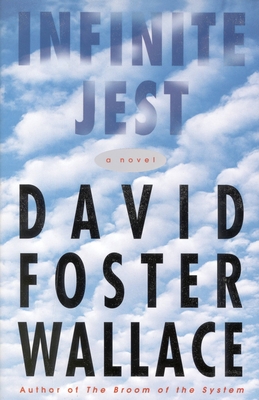 By David Foster Wallace
$35.00
Not available to order.

"Wallace is razor-sharp in his ability to diagnose the ills of modern U.S. culture.  Though as dark as that can be, DFW never loses sight of the goodness in humanity.  George Saunders called Wallace a "wake-up artist," and this is his clearest wake-up call."

A gargantuan, mind-altering comedy about the Pursuit of Happiness in America

Set in an addicts' halfway house and a tennis academy, and featuring the most endearingly screwed-up family to come along in recent fiction, Infinite Jest explores essential questions about what entertainment is and why it has come to so dominate our lives; about how our desire for entertainment affects our need to connect with other people; and about what the pleasures we choose say about who we are.

Equal parts philosophical quest and screwball comedy, Infinite Jest bends every rule of fiction without sacrificing for a moment its own entertainment value. It is an exuberant, uniquely American exploration of the passions that make us human - and one of those rare books that renew the idea of what a novel can do.