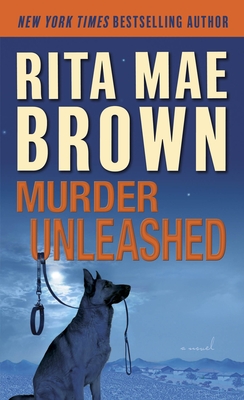 By Rita Mae Brown
$7.99
It's complicated, and may be unavailable. Place an order and we will contact you with the expected arrival date.

This is book number 2 in the Mags Rogers series.

The next scintillating novel in this acclaimed author’s delightful series featuring doggedly determined canine sleuths and their intrepid human companions.

Settling into ranch life with her wire-haired dachshund, Baxter, former Wall Street trader Mags Rogers doesn’t miss the world of investment banking—because its destructive tentacles have reached Reno, Nevada, where desperate families are squatting in foreclosed homes without water or electricity. Mags and her gregarious great-aunt Jeep Reed want to help, but they’re up against corrupt officials, ruthless politicians—and a merciless murderer. After a former banker is brutally slain, Reno deputy—and Mags’s unofficial significant other—Pete Meadows finds evidence of blackmail, shady real estate ventures, and other cutthroat business practices, but the killer seems to hold all the cards. Luckily, Mags and Jeep still have a few tricks up their sleeves: Baxter; Jeep’s German Shepherd, King; and some other canine detectives are officially off the leash—and on the hunt.

“Captivating . . . [Rita Mae Brown] is adept at fashioning a clever and relevant plot and filling it with amiable people—and animals. Murder Unleashed is no exception.”—Richmond Times-Dispatch

“From murder to loveable canines, this book has it all.”—Suspense Magazine

“A great mystery [with] quirky and incredibly interesting characters.”—Examiner.com

Rita Mae Brown is the bestselling author of the Sneaky Pie Brown series; the Sister Jane series; A Nose for Justice and Murder Unleashed; Rubyfruit Jungle; In Her Day; and Six of One, as well as several other novels. An Emmy-nominated screenwriter and a poet, Brown lives in Afton, Virginia.

"I love how she incorporates the animals and their particular way of thinking into the story and the line drawings that accompany the story are just delightful. Full of fast-moving action, a healthy dose of humor and well-written intrigue, Murder Unleashed is sure to satisfy both the mystery and animal lovers." --Ventura County Star

"Brown, who lives near Greenfield in Nelson County, is adept at fashioning a clever and relevant plot and filling it with amiable people — and animals. Murder Unleashed is no exception and adds to the author's large, entertaining body of work." --Richmond Times Dispatch

"This book will keep your attention riveted to see what happens next. From murder to loveable canines, this book has it all!" --Suspense Magazine

Praise for Rita Mae Brown’s A Nose for Justice, the first book in her thrilling new canine mystery series

“A hotbed of mystery and suspense . . . a humor-filled story that is loaded with quirky but lovable characters.”—Wichita Falls Times Record News

“Brown creates well-drawn characters (human and quadruped), fashions a nifty plot and mixes in enough local color and history to make the read as educational as it is entertaining.”—Richmond Times-Dispatch

“The human and canine cast is strong and the whodunit exciting.”—The Mystery Gazette

“Nobody can put words in the mouths of animals better than Rita Mae Brown.”—Abilene Reporter-News

“[A] keen-eyed take on human misdeeds and animal shenanigans.”—Publishers Weekly