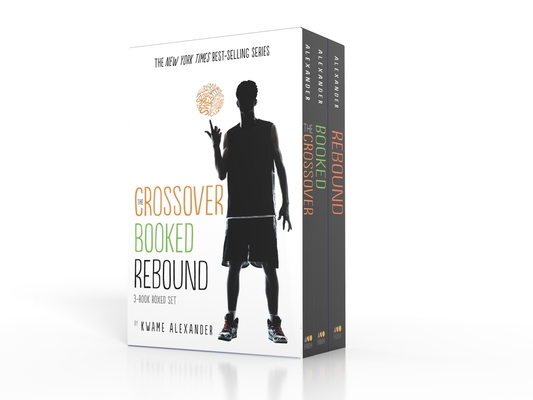 Celebrate this masterful, rhythmic, and heartfelt contribution to children's literature and rediscover Kwame Alexander's electric poetry with this paperback box set, which includes Rebound, The Crossover, and Booked.

Follow Chuck Bell during a pivotal childhood summer when he discovers basketball and learns about his family's past; fly down the court with twins Josh and Jordan Bell as they discover the crossovers between basketball, love, and life; race across the field with Nick Hall as he learns the power of words, wrestles with problems at home, and navigates coming-of-age with all the action and emotion of a World Cup.

Kwame Alexander is a poet, educator, and the New York Times best-selling author of more than thirty-five books, including Rebound, the follow-up to his Newbery medal–winning middle grade novel, The Crossover. Some of his other works include Booked, which was longlisted for the National Book Award, The Playbook: 52 Rules to Help You Aim, Shoot, and Score in this Game of Life, Swing, and the picture books Out of Wonder and The Undefeated, which was longlisted for the National Book Award and won the Caldecott Medal, a Newbery Honor, and the Coretta Scott King Illustrator Award.

He is a regular contributor to NPR's Morning Edition, currently serving as their poet ambassador.