Elementary Particles and the Early Universe: A Synergy of Particle Physics and Cosmology in the Birth and Evolution of the Universe (Hardcover) 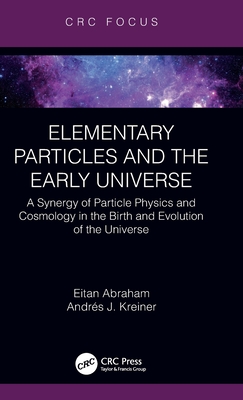 The birth of the Universe, and its subsequent evolution, is an exciting blend of Cosmology, Particle Physics and Thermodynamics. This book, with its synoptic approach, provides an accessible introduction to these fascinating topics. It begins in Part I with an overview of cosmology and is followed by a discussion on the present understanding about the birth of the universe, detailing the Planck Era, Inflation, and the Big Bang. It speculates the possibility of multiple universes. Before moving on to explore the essentials of the Standard Model of Particle Physics in Part II, with particular stress on the electroweak force, the first example of acquisition of mass by gauge bosons via the Higgs mechanism. The book finishes in Part III with the thermal history of the Universe. This will also lead to understanding baryonic matter and baryogenesis as well as nucleosynthesis

This book is suitable for those taking courses on particle physics, general relativity, and cosmology. Readers mathematically inclined who wish to enhance their basic knowledge about the early Universe, will also find this book suitable to move up to the next level.