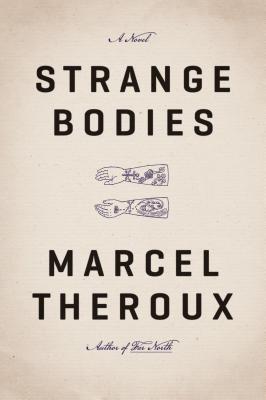 What makes you who you are? In Theroux's marvelous novel, the nature of consciousness is part of the story. When Dr. Slopen comes back from the dead, who he is exactly becomes a subject of much debate: the psychiatrists decry that he is delusional – psychotic with dangerous tendencies.  His new friends at the institute are no help: is Jack channeling Samuel Johnson or is he really Samuel Johnson?  Add the enigmatic “Procedure” that Slopen undergoes in a remote area of Kazakhstan along with a large dose of Stalin era science and shadowy people who may or may not be who they say they are and you have one really fun read.  What really drives the story is Slopen's need to find out the truth, and like all truths, it may not be what he really wants to hear.

Whatever this is, it started when Nicholas Slopen came back from the dead.

In a locked ward of a notorious psychiatric hospital sits a man who insists that he is Dr. Nicholas Slopen, failed husband and impoverished Samuel Johnson scholar. Slopen has been dead for months, yet nothing can make this man change his story. What begins as a tale of apparent forgery involving unknown letters by the great Dr. Johnson grows to encompass a conspiracy between a Silicon Valley mogul and his Russian allies to exploit the darkest secret of Soviet technology: the Malevin Procedure.
Marcel Theroux's Strange Bodies takes the reader on a dizzying speculative journey that poses questions about identity, authenticity, and what it means to be truly human.

Marcel Theroux is the author of several novels, including Far North, which was a finalist for the National Book Award and the Arthur C. Clarke Award for science fiction. He lives in London, where he also works as a documentary filmmaker and television presenter.

"[Strange Bodies is] a literary science fiction novel as entertaining as it is thought-provoking and disturbing . . . Theroux masterfully braids horror and ontology, Nabokovian doppelgangers and Orwellian satire into a tragicomic narrative that pulls tight as a noose . . . A brilliant, troubling thriller." —Elizabeth Hand, Los Angeles Times

"[A] page-turning, thought-provoking, exhilarating novel . . . ‘Thriller’ may be a somewhat misleading label to fasten on a modern fable that also has elements of science fiction, dystopia and domestic comedy. But without a doubt, Strange Bodies is a thrill to read." —Tom Nolan, The Wall Street Journal"[Theroux] is a superb writer . . . There are beautiful things, real things, tucked in this novel." —Dwight Garner, The New York Times "Strange Bodies is a rich read about so much more than the secrets that make it tick. Theroux’s use of language is gorgeous." —Adrienne Martini, Locus "I could not put [Strange Bodies] down . . . It was truly a joy to read each sentence." —Robert K. Lewis, Criminal Element "A strange, satisfying novel about possession featuring a literary scholar, a music mogul, assorted East European thugs, and the long dead but still articulate Dr. Samuel Johnson . . . A thought-provoking and engaging fusion of comedy and horror." —Publishers Weekly (starred review) "Truly enthralling . . . An intense and nuanced examination of the plight of being . . . Philip K. Dick’s The Transmigration of Timothy Archer meets Stephenie Meyer’s The Host in this very highly recommended work." —Henry Bankhead, Library Journal (starred review)"A labyrinthine exploration of identity and mortality, filled with big ideas." —Kirkus Reviews (starred review)"Theroux has a knack for warping the anxieties of the present into an unsettling vision of our possible future. His focus here could not be timelier." —Steve Almond, The New York Times Book Review "This is a superb technological fantasy, a tense thriller and a brilliantly imagined debate about the relationship between body and soul. Wonderful." —Kate Saunders, The Times (London)"An eerily plausible modern Frankenstein . . . It’s not often you read a book as clever as this that is also emotionally charged and moving." —Doug Johnstone, The Independent"Strange Bodies is an examination of contemporary consciousness. But from its robust hook, through its comic set-up, to its dark if hopeful conclusions, it is also a kindly, intelligently entertaining thriller." —M. John Harrison, The Times Literary Supplement "The perfect literary thriller for the internet age." —Red Online"The unfolding of the narrative is genuinely eerie, but the richness of allusion and elegance of design make Strange Bodies as much an inquiry into language and identity as a high-concept literary thriller . . . Its exploration of human vulnerability, the notion that consciousness may be no more than ‘a trick of the light,’ is moving as well as thought-provoking, as elegiac as it is gripping." —Justine Jordan, The Guardian