The Iliad: The Fitzgerald Translation (Paperback) 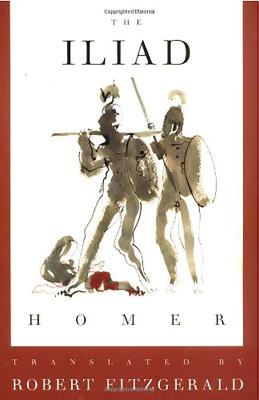 By Robert Fitzgerald (Translated by), Homer
$17.00

Anger be now your song, immortal one,
Akhilleus' anger, doomed and ruinous,
that caused the Akhaians loss on bitter loss
and crowded brave souls into the undergloom,
leaving so many dead men-carrion
for dogs and birds; and the will of Zeus was done.
-Lines 1-6

Since it was first published, Robert Fitzgerald's prizewinning translation of Homer's battle epic has become a classic in its own right: a standard against which all other versions of The Iliad are compared. Fitzgerald's work is accessible, ironic, faithful, written in a swift vernacular blank verse that "makes Homer live as never before" (Library Journal).

This edition includes a new foreword by Andrew Ford.

Robert Fitzgerald's versions of the Iliad, the Aeneid, and the Oedipus cycle of Sophocles (with Dudley Fitts) are also classics. At his death, in 1985, he was Boylston Professor of Rhetoric and Oratory at Harvard.

Homer is a legendary ancient Greek epic poet, traditionally said to be the creator of the epic poems the Iliad and the Odyssey. Homer's works form the groundwork of the Western Canon and are universally praised for their genius. Their formative influence in shaping many key aspects of Greek culture was recognized by the Greeks themselves, who considered him as their instructor.

“Mr. Fitzgerald has solved virtually every problem that has plagued translators of Homer. The narrative runs, the dialogue speaks, the military action is clear, and the repetitive epithets become useful text rather than exotic relics.” —The Atlantic Monthly