My Name Is Red (Hardcover) 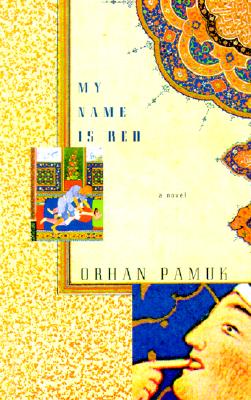 By Orhan Pamuk, Erdag Goknar (Translated by)
$26.95
Email or call for price.

From one of the most important and acclaimed writers at work today, a thrilling new novel—part murder mystery, part love story—set amid the perils of religious repression in sixteenth-century Istanbul.

When the Sultan commissions a great book to celebrate his royal self and his extensive dominion, he directs Enishte Effendi to assemble a cadre of the most acclaimed artists in the land. Their task: to illuminate the work in the European style. But because figurative art can be deemed an affront to Islam, this commission is a dangerous proposition indeed, and no one in the elite circle can know the full scope or nature of the project.
Panic erupts when one of the chosen miniaturists disappears, and the Sultan demands answers within three days. The only clue to the mystery—or crime?—lies in the half-finished illuminations themselves. Has an avenging angel discovered the blasphemous work? Or is a jealous contender for the hand of Enishte’s ravishing daughter, the incomparable Shekure, somehow to blame?

Orhan Pamuk’s My Name Is Red is at once a fantasy and a philosophical puzzle, a kaleidoscopic journey to the intersection of art, religion, love, sex, and power.

Orhan Pamuk is the author of six novels and the recipient of major Turkish and international literary awards. He is one of Europe's most prominent novelists, and his work has been translated into more than twenty languages. He lives in Istanbul.