A Judgement in Stone (Paperback) 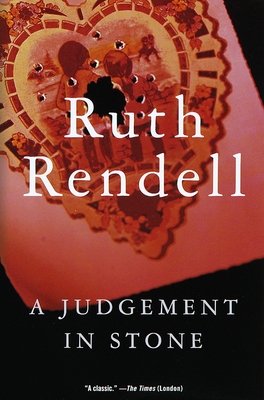 What on earth could have provoked a modern day St. Valentine's Day massacre?

On Valentine's Day, four members of the Coverdale family--George, Jacqueline, Melinda and Giles--were murdered in the space of 15 minutes. Their housekeeper, Eunice Parchman, shot them, one by one, in the blue light of a televised performance of Don Giovanni. When Detective Chief Superintendent William Vetch arrests Miss Parchman two weeks later, he discovers a second tragedy: the key to the Valentine's Day massacre hidden within a private humiliation Eunice Parchman has guarded all her life. A brilliant rendering of character, motive, and the heady discovery of truth, A Judgement in Stone is among Ruth Rendell's finest psychological thrillers.

Ruth Rendell is the award-winning author of End in Tears, Harm Done, Road Rage, The Keys to the Street, Bloodlines, Simisola, and The Crocodile Bird, among many others. She has won the Mystery Writers of America Grand Master Award and was also the recipient of three Edgars from the Mystery Writers of America and four Gold Daggers from Great Britain’s Crime Writers Association. In 1997, she was named a life peer in the House of Lords. Ruth Rendell also wrote mysteries under the name of Barbara Vine, of which A Dark Adapted Eye is the most famous. She died in 2015.

"Rendell writes with such elegance and restraint, with such literary voice and an insightful mind, that she transcends the mystery genre and achieves something almost sublime."-Los Angeles Times

"It will be an amazing achievement if [Rendell] ever writes a better book."- Daily Express (London)

"Ruth Rendell is the best mystery writer in the English-speaking world."- Time