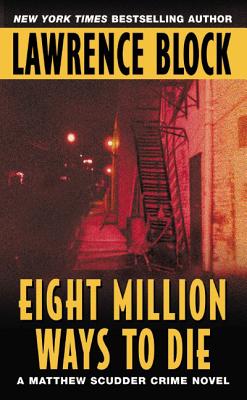 By Lawrence Block
$8.99
Backordered. Place an order and we will let you know when to expect your book.

Nobody knows better than Matthew Scudder how far down a person can sink in this city. A young prostitute named Kim knew it also—and she wanted out. Maybe Kim didn't deserve the life fate had dealt her. She surely didn't deserve her death. The alcoholic ex-cop turned p.i. was supposed to protect her, but someone slashed her to ribbons on a crumbling New York City waterfront pier. Now finding Kim's killer will be Scudder's penance. But there are lethal secrets hiding in the slain hooker's past that are far dirtier than her trade. And there are many ways of dying in this cruel and dangerous town—some quick and brutal ... and some agonizingly slow.

Lawrence Block is one of the most widely recognized names in the mystery genre. He has been named a Grand Master of the Mystery Writers of America and is a four-time winner of the prestigious Edgar and Shamus Awards, as well as a recipient of prizes in France, Germany, and Japan. He received the Diamond Dagger from the British Crime Writers' Association—only the third American to be given this award. He is a prolific author, having written more than fifty books and numerous short stories, and is a devoted New Yorker and an enthusiastic global traveler.