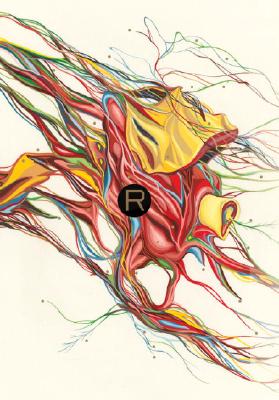 By Chuck Palahniuk
Email or call for price
Hard to Find

“Like most people I didn’t meet Rant Casey until after he was dead. That’s how it works for most celebrities: After they croak, their circle of friends just explodes.…”


Rant is the mind-bending new novel from Chuck Palahniuk, the literary provocateur responsible for such books as the generation-defining classic Fight Club and the pedal-to-the-metal horrorfest Haunted. It takes the form of an oral history of one Buster “Rant” Casey, who may or may not be the most efficient serial killer of our time.


“What ‘Typhoid Mary’ Mallon was to typhoid, what Gaetan Dugas was to AIDS, and Liu Jian-lun was to SARS, Buster Casey would become for rabies.”


A high school rebel who always wins (and a childhood murderer?), Rant Casey escapes from his small hometown of Middleton for the big city. He becomes the leader of an urban demolition derby called Party Crashing. On appointed nights participants recognize one another by such designated car markings as “Just Married” toothpaste graffiti and then stalk and crash into each other. Rant Casey will die a spectacular highway death, after which his friends gather testimony needed to build an oral history of his short, violent life. Their collected anecdotes explore the possibility that his saliva caused a silent urban plague of rabies and that he found a way to escape the prison house of linear time.…


Expect hilarity, horror, and blazing insight into the desperate and surreal contemporary human condition as only Chuck Palahniuk can deliver it. He's the postmillennial Jonathan Swift, the visionary to watch to learn what's —uh-oh—coming next.

CHUCK PALAHNIUK is the bestselling author of seven novels: "Fight Club"--which was made into a film by director David Fincher--"Survivor," " Invisible Monsters," "Choke, Lullaby, Diary, "and "Haunted." He is also the author of the nonfiction profile of Portland, "Fugitives and Refugees," and the nonfiction collection "Stranger Than Fiction." More than 3 million copies of his book have been sold. He lives in the Pacific Northwest.

“One of the most feverish imaginations in American letters. . . . More than your weekly prescribed dose of humor and humanity, cleverness and outrage.”
—The Washington Post

“Brilliant. . . extremely fun. . . . With his love of contemporary fairytales that are gritty and dirty rather than pretty, Palahniuk is the likeliest inheritor of Vonnegut's place in American writing.”
—San Francisco Chronicle

“Mr. Palahniuk doesn't write for tourists. He writes for hard-core devotees drawn to the wild, angry imagination on display and the taboo-busting humor.”
—The New York Times

“Truly unique. He writes at the edge of crazy, and you can feel his desperate urge to get at the truth of things.”
—The Seattle Times

“Twisted? Come on, it's Palahniuk. Impossible to put down? Same answer.”
—Men's Journal

“It's a rare novel that's as funny and as brain-bending as this one. Buckle up.”
—The Philadelphia Inquirer

“A white-knuckled what-if, Rant is the author's most idiosyncratic work to date.”
—The Fort Worth Star-Telegram

“A strong dose of gore and sinewy prose.”
—Time Out New York

“So funny that your facial muscles soon tire.”
—The Guardian