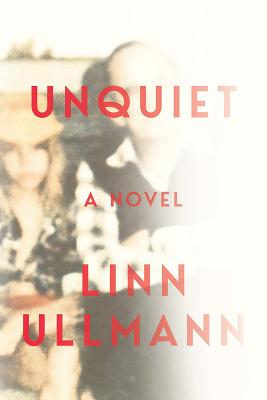 Praised across Scandinavia as a "literary masterpiece," "spellbinding," and "magnificent," Unquiet reflects on six taped conversations the author had with her father at the very end of his life.

He is a renowned Swedish filmmaker and has a plan for everything. She is his daughter, the youngest of nine children. Every summer, since she was a little girl, she visits him at his beloved stony house surrounded by woods, poppies, and the Baltic sea. Now that she’s grown up and he’s in his late eighties, he envisions a book about old age. He worries that he’s losing his language, his memory, his mind. Growing old is hard work, he says. They will write it together. She will ask the questions. He will answer them.

When she finally comes to the island, bringing her tape recorder with her, old age has caught up with him in ways neither could have foreseen.

Unquiet follows the narrator as she unearths these taped conversations seven years later. Swept into memory, she reimagines the story of a father, a mother, and a girl—a child who can’t wait to grow up and parents who would rather be children.

A heartbreaking and darkly funny depiction of the intricacies of family, Unquiet is an elegy of memory and loss, identity and art, growing up and growing old. Linn Ullmann nimbly blends memoir and fiction in her most inventive novel yet, weaving a luminous meditation on language, mourning, and the many narratives that make up a life.

Linn Ullmann is the author of six award-winning novels, and her work has been published in more than thirty languages. Unquiet, named a modern classic in Norway, has spent several years on top of bestseller lists in Scandinavia. Ullmann lives in Oslo with her husband and daughter.

Ullmann’s prose... is plain, succinct and declarative, with currents of intensity flowing beneath the placid surface. The effect, in Thilo Reinhard’s graceful English translation, is almost Didionesque, as the willed, witty detachment of the narrator’s voice at once conceals and emphasizes the rawness of her emotions.
— New York Times Book Review

Precise, lean, cadenced sentences... [Unquiet] believably conveys the feeling—dreadful, delightful—of a child's point of view. The clarity and lack of fetter is characteristic of Ullmann's way of seeing the world in prose.

[An] exquisite and warm novel... Among Norway’s contemporary writers, Ullmann might be the finest sentence by sentence. Here she blasts her story into fragments and puts it back together, piece by piece, with the artistry of someone who has always secretly known the broken things are most beautiful.
— LitHub

Unquiet is a wonderfully absorbing and moving family story told with a directness, naturalness, and grace that can only result from Linn Ullmann’s close attention to the eloquent details of day-to-day life, her honest embrace of herself and the people close to her, and a keen sensitivity to language and the high demands of good writing.

— Lydia Davis, author of The End of the Story

I’ve long admired Linn Ullmann’s fiction, and Unquiet is her masterpiece. Based on her upbringing as the child of two great artists, it is the portrait of complex loves; of a youth divided and inspired by diametrically opposed creative influences; and of the ravages of age. Calm yet fierce, exquisitely rendered, this novel imprints itself indelibly—as if you, too, had been there.

Ullmann moves deftly between narrative selves over time—from the little girl’s raw bewilderments to the adult’s reflective meditations. Unquiet is a beautiful book about the emotion and the art of memory.

With singular imagination and generosity, Linn Ullmann breaks new ground in the art of memory, transporting us into the sources of magic in her life with her enchanting parents.
— Honor Moore, author of The Bishop’s Daughter

Spellbinding... Echoing Duras's The Lover in its blurring of the real and the imagined as well as in its obsessive attention to detail, this is a striking book about the enduring love between parents and children, and the fierce attachments that bind them even after death.

A brilliant meditation on time, mortality, and the limits of memory... Gorgeous and heartbreaking.
— Kirkus (starred review)