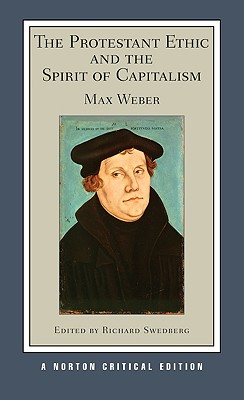 The Protestant Ethic and the Spirit of Capitalism is Max Weber’s most important work and, since its publication in 1904, has been widely considered the most important sociological study of the twentieth century.

This landmark work sets out the relationship between Western religious ethos and the emergence and growth of capitalism; its thesis being that the values of hard work and industry at the core of ascetic Protestantism made it possible for modern rational capitalism to flourish. This Norton Critical Edition is based on the Talcott Parsons translation (1930). It is accompanied by the Translator’s Note and explanatory annotations.

A Chronology of Weber’s life and work, a Selected Bibliography, and an Index are also included.

Max Weber was born in Erfurt, Germany in 1864 and died in Munich in 1920. His works are legion, but amongst the better known which translated into English, are Economy and Society, The Protestant Ethic and the Spirit of Capitalism, The City, and The Sociology of Religion.