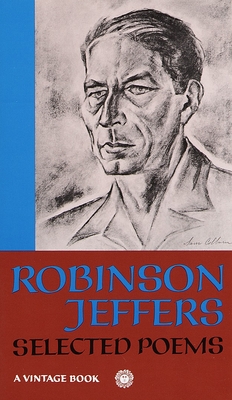 Robinson Jeffers was one of the most controversial poets of the twentieth century. In this volume, essential poems selected from his major works provide an excellent overview of Jeffers's style and the themes present throughout his work. Drawn from volumes published throughout his career, , among them Be Angry at the Sun; Hungerfield; The Double Axe; Roan Stallion; Tamar and Other Poems; as well as The Beginning and the End, which contains his last poems, these poems will introduce new readers to his inimitable voice, while also gathering in one place some of his best work for his confirmed fans.

The son of a theology professor at Western Seminary in Pittsburgh, Robinson Jeffers was taught Greek, Latin, and Hebrew as a boy, and spent three years in Germany and Switzerland before entering the University of Western Pennsylvania (now Pittsburgh) at fifteen. His education continued on the West Coast after his parents moved there, and he received a B.A. from Occidental College at eighteen. His interest in forestry, medicine, and general science led him to pursue his studies at the University of Southern California, and the University of Zurich. He began writing poetry exclusively after moving to Carmel, California.
His first volume of verse, Flagons and Apples, was published in 1912, but it was his 1924 volume Tamar and Other Poems that first brought him attention. His poetry often features and celebrates nature and is imbued by a personal philosophy he called "inhumanism." Although he gained popularity in the 1920s and 30s and was even featured on the cover of Time in 1932, he lost popularity in the late 1940s for what was deemed "unpatriotic" verse. He died in 1962 at the age of seventy-five, ending one of the most controversial poetic careers of the century.