Blow-Up: And Other Stories (Paperback) 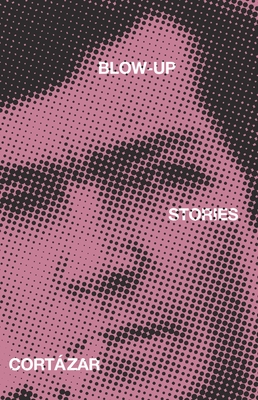 A young girl spends her summer vacation in a country house where a tiger roams . . . A man reading a mystery finds out too late that he is the murderer’s intended victim . . .

Originally published in hardcover as End of the Game and Other Stories, the fifteen stories collected here—including “Blow-Up,” which was the basis for Michelangelo Antonioni’s film of the same name—shows Julio Cortázar's nimble capacity to explore the shadowy realm where the everyday meets the mysterious, perhaps even the terrible.

JULIO CORTÁZAR was born in Brussels to Argentinian parents in 1914, was raised in Argentina, and in 1952 moved to Paris, where he continued to live for the rest of his life. He was a poet, translator, an amateur jazz musician as well as the author of several novels and volumes of short stories. Ten of his books have been published in English: The Winners, Hopscotch (which won the National Book Award), Blow-Up and Other Stories, Cronopios and Famas, 62: A Model Kit, A Change of Light, We Love Glenda So Much, and A Certain Lucas. He received the Prix Médicis Award (France, 1974) and the Rubén Darío Order of Cultural Independence (Nicaragua, 1983), among other accolades. Considered one of the great modern Latin American authors, he died in Paris in February 1984.

Praise for Blow-Up and Other Stories:

"[Cortázar] is a unique storyteller. He can induce the kind of chilling unease that strikes like a sound in the night."
—Time

"Julio Cortázar is a stunning writer. It is difficult to imagine how he could improve as a writer of short stories."
—The Christian Science Monitor

"A glittering showcase for a daring talent . . . Julio Cortázar is a dazzler."
—San Francisco Chronicle

"Cortázar displays throughout his stories the ability to elevate them above the condition of those gimmicky tales which depend for effect solely on a twist ending. His genius here lies in the knack for constructing striking, artistically 'right' subordinate circumstances out of which his fantastic and metaphysical whimsies appear normally to spring."
—Saturday Review