The Lady from Zagreb (A Bernie Gunther Novel #10) (Hardcover) 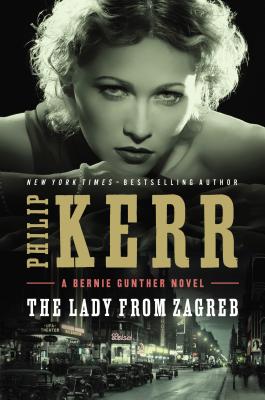 By Philip Kerr
Unavailable. Orders will be auto-cancelled.

In this Edgar® Award-nominated novel in Philip Kerr’s New York Times bestselling series, former detective and unwilling SS officer Bernie Gunther is on the hunt for a beautiful femme fatale...

When Goebbels tasks Bernie with finding the woman the press have dubbed “the German Garbo,” his errand takes him from Zurich to Zagreb to the killing fields of Croatia. It is there that Bernie finds himself in a world of mindless brutality where everyone has a hidden agenda—perfect territory for a true cynic whose instinct is to trust no one.

Philip Kerr is the New York Times bestselling author of the acclaimed Bernie Gunther novels, two of which—Field Gray and The Lady from Zagreb—were finalists for the Edgar® Award for Best Novel. Kerr has also won several Shamus Awards and the British Crime Writers’ Association Ellis Peters Award for Historical Crime Fiction. As P. B. Kerr, he is the author of the much-loved young adult fantasy series Children of the Lamp.