The Other Side of Silence (A Bernie Gunther Novel #11) (Hardcover) 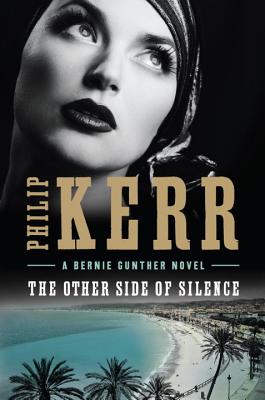 When Bernie Gunther takes on a blackmail case and gets involved in the affairs of British spies, the former detective risks exposing his own dark past in this thrilling novel hailed by The New York Times Book Review as “one of Kerr’s best.”

Saint-Jean-Cap-Ferrat, 1956. Having gone into hiding in the French Riviera, Bernie Gunther is working as a concierge at the Grand-Hôtel under a false name. His days and nights consist of maneuvering drunks to their rooms, shooing away prostitutes in search of trade, and answering the mindless questions posed by the absurdly rich guests—needless to say, he’s miserable. Now, the man who was once a homicide detective and unwilling SS officer in Hitler’s Third Reich is simply the person you turn to for touring tips or if you need a bridge partner.

As it just so happens, a rich and famous writer needs someone to fill the fourth seat in a regular game at the Villa Mauresque. But Somerset Maugham wants Bernie to help him get out of a game far more dangerous than bridge. Maugham is being blackmailed—perhaps because of his unorthodox lifestyle, or perhaps because, once upon a time, Maugham worked for the British Secret Service...

“Readers who love hard-boiled heroes fell for Bernie Gunther back when he was a Berlin cop talking tough to Nazi thugs (March Violets, 1989), and we loved him just as much when he was forced to become an SS soldier on the Eastern Front (Field Gray, 2011). And yet, those whose own dark core runs deep may well love the postwar Bernie most of all, the Bernie whose cynicism has slowly morphed into black despair, like whiskey gradually eating its way through a defenseless liver.”—Booklist (starred review)