W is for Wasted (A Kinsey Millhone Novel #23) (Paperback) 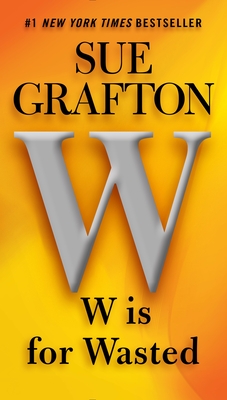 This is book number 23 in the A Kinsey Millhone Novel series.

The first victim is a local PI of suspect reputation, gunned down near the beach at Santa Teresa. The second is a John Doe found on the beach six weeks later with a slip of paper with private detective Kinsey Millhone’s name and number in his pocket.

But as Kinsey digs deeper into the mystery of the John Doe, some very strange links begin to emerge. Not just between the two victims, but also to Kinsey’s past. And before long Kinsey, through no fault of her own, is thoroughly compromised...

Praise for W is for Wasted

“Further proof—as if it were needed—of Grafton’s immense talent. And her ability to give equal weight to the story of the detective and the detective story sets her apart in the world of crime fiction.”—Richmond Times-Dispatch

“Nearing the conclusion of this celebrated series, Grafton continues to shape Millhone’s character, toughened by circumstance but still both understanding and forgiving.”—Booklist

“Grafton has lost none of her ability to bring her character vividly to life: Kinsey is as witty and engaging as ever.”—Library Journal (starred review)