Promise Not to Tell (Hardcover) 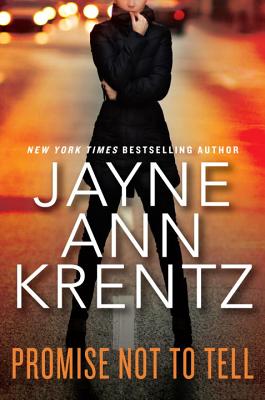 A broken promise reveals a terrifying legacy in this electrifying New York Times bestseller from the author of Untouchable.

Seattle gallery owner Virginia Troy has spent years battling the demons that stem from her childhood time in a cult and the night a fire burned through the compound killing her mother. And now one of her artists has taken her own life, but not before sending Virginia a last picture...a painting that makes Virginia doubt everything about the so-called suicide—and her own past...

Like Virginia, PI Cabot Sutter was one of the children in the cult who survived that fire—and only he can help her now. As they struggle to unravel the clues in the picture, it becomes clear that someone thinks Virginia knows more than she does and that she must be stopped. Thrown into an inferno of desire and deception, Virginia and Cabot draw ever closer to the mystery of their shared memories—and the shocking fate of the one man who still wields the power to destroy everything they hold dear.

Jayne Ann Krentz is the author of more than fifty New York Times bestsellers. She has written contemporary romantic suspense novels under that name, as well as futuristic and historical romance novels under the pseudonyms Jayne Castle and Amanda Quick, respectively. There are more than 35 million copies of her books in print.

Praise for Promise Not to Tell

“Another complex, compelling romantic suspense novel from a queen of the genre.”—Kirkus Reviews

“The master of romantic suspense has set her latest novel in moody, rainy Seattle, a setting that perfectly suits her central mystery. Krentz dives into sociopathic psychology and complex characterization to great effect in this twisty story, whose plot clips along at a terrific pace.”—BookPage

Praise for When All the Girls Have Gone

“Jayne Ann Krentz is a woman who knows her way around a thrilling plot...[She] knows how to ignite the sparks in a relationship and she also knows how to create suspenseful situations...Krentz has done it again.”—The Huffington Post

“When All the Girls Have Gone by Jayne Ann Krentz leaves readers spellbound...Just when the reader thinks they have found the answers, the carpet is pulled from under them with a new set of questions.”—Working Mother

“A number of intriguing storylines are cleverly intertwined to make Jayne Ann Krentz’s When All the Girls Have Gone a compelling, suspenseful and satisfying read.”—BookPage

“With its fast-paced plot spiked with unexpected twists and plenty of danger, snappy writing infused with tart wit, and a captivating pair of protagonists who could give Bogart and Bacall a run for their money when it comes to creating sexual sparks, Krentz’s latest superbly written tale ticks off every box on a romantic-suspense fan’s wish list.”—Booklist (starred review)

“Krentz returns with an intricately plotted romantic suspense novel that satisfies on every level...A terrific read by a stellar author.”—Kirkus Reviews (starred review)