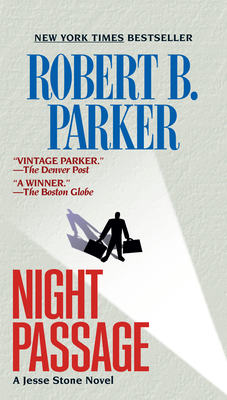 After a busted marriage kicks his drinking problem into overdrive and the LAPD unceremoniously dumps him, thirty-five-year-old Jesse Stone’s future looks bleak. So he’s shocked when a small Massachusetts town called Paradise recruits him as police chief. He can’t help wondering if this job is a genuine chance to start over, the kind of offer he can’t refuse.

Once on board, Jesse doesn’t have to look for trouble in Paradise: it comes to him. For what is on the surface a quiet New England community quickly proves to be a crucible of political and moral corruption—replete with triple homicide, tight Boston mob ties, flamboyantly errant spouses, maddened militiamen and a psychopath-about-town who has fixed his violent sights on the new lawman. Against all this, Jesse stands utterly alone, with no one to trust—even he and the woman he’s seeing are like ships passing in the night. He finds he must test his mettle and powers of command to emerge a local hero—or the deadest of dupes.

“Parker’s sentences flow with as much wit, grace and assurance as ever, and Stone is a complex and consistently interesting new protagonist.”—Newsday

“Parker has always been a master of razor-sharp and witty dialogue, hard-driving suspense and memorable characterization. His Jesse Stone series promises to match if not excel the Spenser novels. Night Passage is a stunning debut.”—Houston Chronicle

“A page-turner...the protagonist is a believable, full-blooded man of Hemingwayesque dimensions. Full of action, spiced with fast-moving introspection.”—Forbes

“You can always rely on Parker for some great talk and great scenes.”—Kirkus Reviews

More Praise for Robert B. Parker

“If weight is to be given to prolific output as well as to literary excellence, it would be no stretch to claim that America’s greatest mystery writer is Robert B. Parker.”—The New York Sun