The Professionals (A Stevens and Windermere Novel #1) (Paperback) 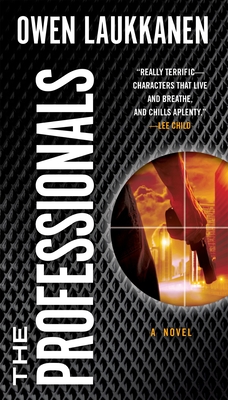 This is book number 1 in the A Stevens and Windermere Novel series.

“This is a top-notch debut thriller with an unusual plot, terrific characters, and non-stop action. It has been a while since I started a book and couldn't stop until it was finished. The Professionals is one of those books. The bad guys don't seem too bad at first and the cops chasing them don't seem to be too capable. That all changes by the end of the book when both the criminals and those enforcing the law show that they are true professionals -- willing to sacrifice everything.”
— Nancy McFarlane, Fiction Addiction, Greenville, SC

Four friends, caught in a terrible job market, joke about turning to kidnapping to survive. And then, suddenly, it’s no joke. For two years, the strategy they devise works like a charm—until they kidnap the wrong man.

Now two groups are after them—the law, in the form of veteran state investigator Kirk Stevens and hotshot young FBI agent Carla Windermere, and an organized crime outfit looking for payback. As they crisscross the country in a series of increasingly explosive confrontations, each of them is ultimately forced to recognize the truth: The real professionals, cop or criminal, are those who are willing to sacrifice everything.

After graduation, Owen Laukkanen answered a Craigslist ad—and for the next three years, he was the tournament reporter for a poker website, traveling from the luxurious casinos of Monaco and Macau to the sketchiest card rooms of Atlantic City.

“Really terrific—characters that live and breathe, and chills aplenty.”--Lee Child

“Fasten your seat belts, Owen Laukkanen’s The Professionals is one heck of a wild ride.”--John Lescroart

“A coiling plot, insightful characters, and a tale fraught with dangers…top-notch.”--Steve Berry