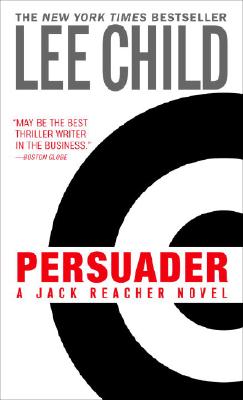 By Lee Child
$7.99
Backordered. Place an order and we will let you know when to expect your book.

Jack Reacher.
The ultimate loner.
An elite ex-military cop who left the service years ago, he's moved from place to place...without family...without possessions...without commitments.
And without fear. Which is good, because trouble--big, violent, complicated trouble--finds Reacher wherever he goes. And when trouble finds him, Reacher does not quit, not once...not ever.
But some unfinished business has now found Reacher. And Reacher is a man who hates unfinished business.
Ten years ago, a key investigation went sour and someone got away with murder. Now a chance encounter brings it all back. Now Reacher sees his one last shot. Some would call it vengeance. Some would call it redemption. Reacher would call it...justice.