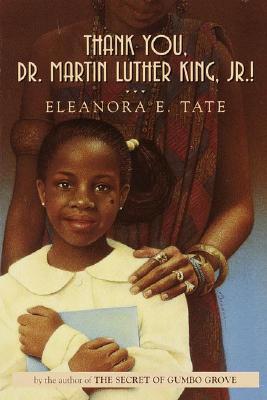 Mary Eloise is disappointed that the part she gets in the school play is that of Black History narrator--but two storytellers visit her school and change how she views her heritage.

Acclaimed author Eleanora E. Tate feels strongly about creativity. "A nation survives by the creativity of its people who perpetuate the arts. When the arts decline, the nation declines; when the arts flourish, the nation flourishes." The essential thing, she believes, is "telling your message to the world." Tate has been getting her message out with great power and impact. Her first young adult novel, "Just an Overnight Guest," was made into a film starring Rosalind Cash and Richard Roundtree. It was named to the "Selected Films for Young Adults 1985" list by the Young Adult Library Services Association of the American Library Association. Her second novel, "The Secret of Gumbo Grove," is a 1987 Parents' Choice Award winner. Ideas come to her from many sources. "The Secret of Gumbo Grove" sprang from a three-part series of articles published in "The Charleston Chronicle." It was about an old, weedy cemetery in Myrtle Beach where many of the resort's African-American founders are buried. Also a journalist, Eleanora E. Tate comes from Canton, Missouri, and has written professionally for over 25 years. She is a former president of the National Association of Black Storytellers, Inc. Tate is married to photographer Zack Hamlett, III, and they live in Morehead City, North Carolina.