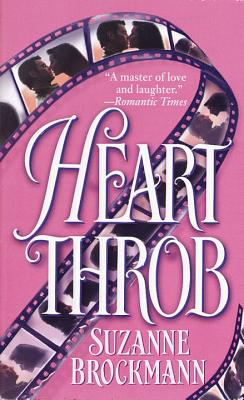 By Suzanne Brockmann
Email or call for price
Hard to Find

NO WOMAN COULD RESIST HIM . . . Once voted the "Sexiest Man Alive," Jericho Beaumont had dominated the box office before his fall from grace. Now poised for a comeback, he wants the role of Laramie bad enough to sign an outrageous contract with top producer Kate O'Laughlin--one that gives her the authority to supervise JB's every move, twenty-four hours a day, seven days a week. ESPECIALLY THE ONE WITH THE MOST AT STAKE . . . The last thing Kate wants to do is baby-sit her leading man, and Jericho Beaumont may be more than she can handle. A player in every sense of the word, he is an actor of incredible talent--and a man with a darkly haunted past. Despite her better judgment, Kate's attraction flares into explosive passion, and she is falling fast. But is she being charmed by the real Jericho or the superstar who dazzles the world?

After childhood plans to become the captain of a starship didn't pan out, Suzanne Brockmann took her fascination with military history, her respect for the men and women who serve, her reverence for diversity, and her love of storytelling and explored brave new worlds as a New York Times bestselling romance author. Over the past twenty years, she has written more than fifty novels, including her award-winning Troubleshooters series about Navy SEAL heroes and the women--and sometimes men--who win their hearts. In addition to writing books, Suzanne Brockmann has co-produced a feature-length movie, the award-winning romantic comedy The Perfect Wedding, which she co-wrote with her husband, Ed Gaffney, and their son, Jason. She has also co-written a YA novel, set in the world of her paranormal Fighting Destiny series, with her daughter, Melanie. Find Suzanne Brockmann on Facebook, follow her on Twitter, and visit her website to find out more about upcoming releases and appearances.

“A MASTER OF LOVE AND LAUGHTER.”
—Romantic Times

“An author of tremendous range and versatility, Brockmann proves herself a master of love and laughter.”
—Romantic Times

“Thanks to Suzanne Brockmann’s glorious pen, we all get to revel in heartstopping adventure and blistering romance.”
—Romantic Times