The Hound of the Baskervilles (Mass Market) 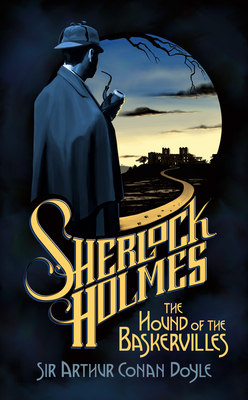 By Sir Arthur Conan Doyle, Anne Perry (Afterword by)
$4.95
On Our Shelves Now

Sherlock Holmes and Dr. Watson face a mystery on the moors in this classic caper from Sir Arthur Conan Doyle.

The country doctor had come to 221B Baker Street, the famous lodgings of Sherlock Holmes, with an eerie tale—the legend of the Hound of the Baskervilles, the devil-beast that haunted the lonely moors around the Baskervilles’ ancestral home. The tale warned the descendants of that ancient family never to venture out on the moor. But Sir Charles Baskerville was now dead—and the footprints of a giant hound have been found near his body. Would the new heir of the Baskervilles meet the same dreadful fate? Sherlock Holmes and his faithful friend, Dr. Watson, are faced with their most terrifying case in this wonderful classic of masterful detection and bone-chilling suspense.

Includes an Afterword by Anne Perry

Sir Arthur Conan Doyle was born in Edinburgh in 1859. After nine years in Jesuit schools, he went to Edinburgh University, where he received a degree in medicine in 1881. He then became an eye specialist in Southsea, with a distressing lack of success. Hoping to augment his income, he wrote his first story, A Study in Scarlet. His detective, Sherlock Holmes, was modeled in part after Dr. Joseph Bell of the Edinburgh Infirmary, a man with spectacular powers of observation, analysis, and inference. Conan Doyle may have been influenced also by his admiration for the neat plots of Gaboriau and for Poe’s detective, M. Dupin. After several rejections, the story was sold to a British publisher for £25, and thus was born the world’s best-known and most-loved fictional detective. Fifty-nine more Sherlock Holmes adventures followed. Once, wearying of Holmes, his creator killed him off, but was forced by popular demand to resurrect him. Sir Arthur—he was knighted for his defense of the British cause in The Great Boer War—became an ardent spiritualist after the death of his son Kingsley, who had been wounded at the Somme in World War I. Sir Arthur Conan Doyle died in Sussex in 1930.

“The whole Sherlock Holmes saga is a triumphant illustration of art’s supremacy over life.”—Christopher Morley