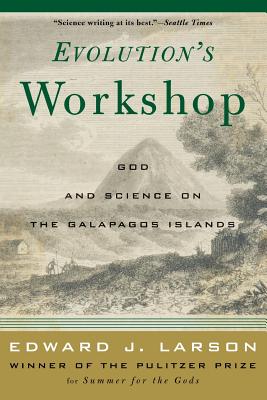 More than any other place on Earth, the Galapagos Islands are the workshop of evolution. Isolated and desolate, they were largely overlooked by early explorers until Charles Darwin arrived there in the 1830's. It was Darwin who recognized that Galapagos' isolation and desolation were advantages: the paucity of species and lack of outside influences made the workings of natural selection crystal clear. Since then, every important advance and controversy in evolutionary thinking has had its reflection on the Galapagos. In every sense-intellectually, institutionally, and culturally-the history of science on these islands is a history of the way evolutionary science was done for the past 150 years. Evolution's Workshop tells the story of Darwin's explorations there; the fabulous Gilded Age expeditions, run from rich men's gigantic yachts, that featured rough-and-ready science during the day and black-tie dinners every night; the struggle for control of research on the Galapagos; the current efforts by "creation scientists" to use the Galapagos to undercut evolutionary teaching; and many other compelling stories.

Edward J. Larson is a professor with a joint appointment in history and law at the University of Georgia. A graduate of Williams College and Harvard Law School, he received his doctorate in the history of science from the University of Wisconsin at Madison. He is also the author of Evolution's Workshop: God and Science on the Galapagos Islands and lives in Athens, Georgia.