Exercises for the Feynman Lectures on Physics (Paperback) 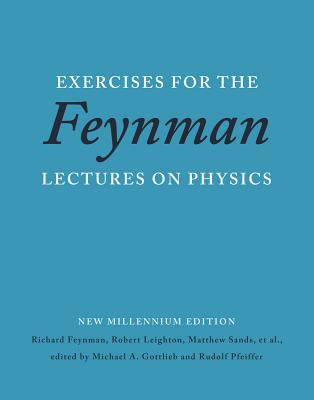 Combined into one volume for the first time, the updated and clarified Exercises for the Feynman Lectures on Physics provides comprehensive, hands-on practice in all the most important areas of physics -- from Newtonian mechanics through the theory of relativity and quantum mechanics.

A perfect complement to The Feynman Lectures on Physics, these exercises have all been assigned in Caltech's mandatory two-year introductory physics course, either when Richard Feynman was teaching it, or during the nearly two decades that followed when The Feynman Lectures on Physics was used as the textbook. With this modern, easy-to-use volume, students of physics will have a chance to apply what they have learned in the Lectures and to enhance and reinforce the concepts taught by the inimitable Richard Feynman.

The late Richard P. Feynman was Richard Chace Tolman Professor of Theoretical Physics at the California Institute of Technology. He was awarded the 1965 Nobel Prize for his work on the development of quantum field theory. He was also one of the most famous and beloved figures of the twentieth century, both in physics and as a public intellectual.