Concepts of Mass in Classical and Modern Physics (Paperback) 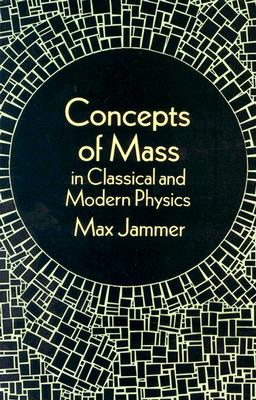 Of fundamental importance to physics and the philosophy of science, the notion of mass had never been given an integrated and coherent historical investigation until the publication of this book. In it, the noted physicist Max Jammer presents a challenging study of the historical development of the concept of mass, a labor that earned him a monograph prize from the American Academy of Arts and Sciences.
A rigorous, concise, and provocative book that can be recommended to all serious readers and physicists interested in the foundations of physical science, this volume offers thorough critical and analytical treatment of such topics as the ancient concept of mass; the neoplatonic notion of inertia; the conceptualization of inertial mass; philosophical modifications of the Newtonian concept; the modern concept of mass; mass and energy; the concept of mass in quantum mechanics and field theory; and much more.
Graduate students in physics should find this book a unique introduction to a very vexing problem in their chosen field, even though it is one of the most highly developed scientific disciplines. -- American Scientist. 1964 edition.