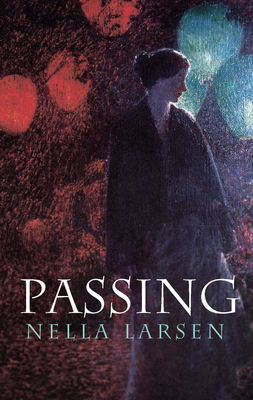 Absolutely absorbing, fascinating, and indispensable. -- Alice Walker
A work so fine, sensitive, and distinguished that it rises above race categories and becomes that rare object, a good novel. -- The Saturday Review of Literature
Married to a successful physician and prominently ensconced in Harlem's vibrant society of the 1920s, Irene Redfield leads a charmed existence-until she is shaken out of it by a chance encounter with a childhood friend who has been passing for white. An important figure in the Harlem Renaissance, Nella Larsen was the first African-American woman to be awarded a Guggenheim fellowship. Her fictional portraits of women seeking their identities through a fog of racial confusion were informed by her own Danish-West Indian parentage, and Passing offers fascinating psychological insights into issues of race and gender.

One of the shining stars of the Harlem Renaissance, Nellallitea Nella Larsen (April 13, 1891-March 30, 1964) left behind only two novels and a handful of short stories -- but Larsen's remarkable voice and vision has ensured her place in literary history.