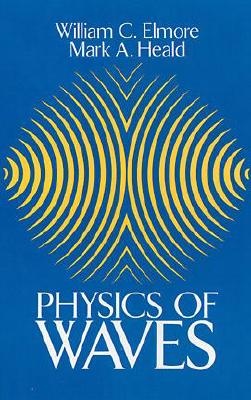 Because of the increasing demands and complexity of undergraduate physics courses (atomic, quantum, solid state, nuclear, etc.), it is often impossible to devote separate courses to the classic wave phenomena of optics, acoustics, and electromagnetic radiation. This brief comprehensive text helps alleviate the problem with a unique overview of classical wave theory in one volume.
By examining a sequence of concrete and specific examples (emphasizing the physics of wave motion), the authors unify the study of waves, developing abstract and general features common to all wave motion. The fundamental ideas of wave motion are set forth in the first chapter, using the stretched string as a particular model. In Chapter Two, the two-dimensional membrane is used to introduce Bessel functions and the characteristic features of waveguides. In Chapters Three and Four, elementary elasticity theory is developed and applied to find the various classes of waves that can be supported by a rigid rod. The impedance concept is also introduced at this point. Chapter Five discusses acoustic waves in fluids.
The remainder of the book offers concise coverage of hydrodynamic waves at a liquid surface, general waves in isotropic elastic solids, electromagnetic waves, the phenomenon of wave diffraction, and other important topics. A special feature of this book is the inclusion of additional material designed to encourage the serious student to investigate topics often not covered in lectures. Throughout, the mathematics is kept relatively simple (mostly differential equations) and is accessible to advanced undergraduates with a year of calculus. In addition, carefully selected problems at the end of each section extend the coverage of the text by asking the student to supply mathematical details for calculations outlined in the section, or to develop the theory for related cases.
Impressively broad in scope, Physics of Waves offers a novel approach to the study of classical wave theory -- a wide-ranging but thorough survey of an important discipline that pervades much of contemporary physics. The simplicity, breadth, and brevity of the book make it ideal as a classroom text or as a vehicle for self-study.