The First True Hitchcock: The Making of a Filmmaker (Paperback) 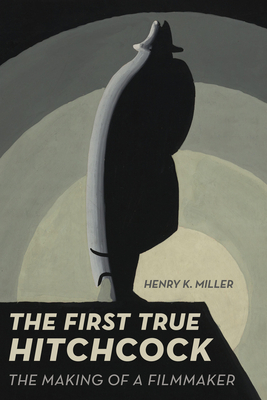 Alfred Hitchcock called The Lodger "the first true Hitchcock movie," the one that anticipated all the others. And yet the story of how The Lodger came to be made is shrouded in myth, often repeated and much embellished, even by Hitchcock himself. The First True Hitchcock focuses on the twelve-month period that encompassed The Lodger's production in 1926 and release in 1927, presenting a new picture of this pivotal year in Hitchcock's life and in the wider film world. Using fresh archival discoveries, Henry K. Miller situates Hitchcock's formation as a director against the backdrop of a continent shattered by war and confronted with the looming presence of a new superpower, the United States, and its most visible export—film. The previously untold story of The Lodger's making in the London fog—and attempted remaking in the Los Angeles sun—is the story of how Hitchcock became Hitchcock.

Henry K. Miller is a Sight and Sound critic and editor of The Essential Raymond Durgnat. His research has been published in journals including the Hitchcock Annual and Screen.

'Henry K. Miller’s in-depth study of the production and impact of Alfred Hitchcock’s 1927 silent film The Lodger is an essential addition to the Hitch canon."
— The Film Stage

"Miller reminds us that film history consistently requires an understanding of past worlds that no matter how ‘fixed’ have long since vanished."

"The First True Hitchcock is an invigoratingly deep dive into the movie that launched one of world cinema’s most endlessly intriguing careers."