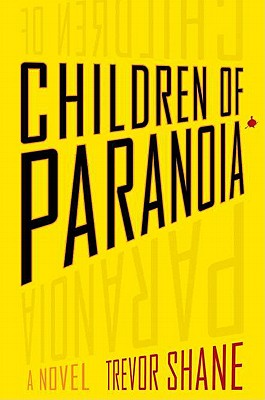 ALL WARS HAVE RULES

Rule Number Two: No killing anyone under the age of eighteen.

BREAK THE RULES, BECOME THE TARGET

Since the age of eighteen, Joseph has been assassinating people on behalf of a cause that he believes in but doesn't fully understand. The War is ageless, hidden in the shadows, governed by a rigid set of rules, and fought by two distinct sides-one good, one evil. The only unknown is which side is which. Soldiers in the War hide in plain sight, their deeds disguised as accidents or random acts of violence amidst an unsuspecting population ignorant of the brutality that is always inches away.

Killing people is the only life Joseph has ever known, and he's one of the best at it. But when a job goes wrong and he's sent away to complete a punishingly dangerous assignment, Joseph meets a girl named Maria, and for the first time in his life his singleminded, bloody purpose fades away.

Before Maria, Joseph's only responsibility was dealing death to the anonymous targets fingered by his superiors. Now he must run from the people who have fought by his side to save what he loves most in this world. As "Children of Paranoia" reaches its heart-in-throat climax, Joseph will learn that only one rule remains immutable: the only thing more dangerous than fighting the War...is leaving it.

Trevor Shane is a former counsel for a major international financial corporation. A graduate of Columbia College and the Georgetown Law Center, he lives in Brooklyn, New York.

"A claustrophobic, relentless, fascinating ride that will have you eyeballing everyone you pass in the street."
--Marcus Sakey, author of The Two Deaths of Daniel Hayes

"Like The Bourne Identity turned inside-out, [Trevor Shane's] protagonist navigates a world where banal choices like going to the ATM have life-and-death consequences. Filled with sharp plotting and vivid action, this book will stay with you long after you've raced to the end."
--Chris Farnsworth, author of Blood Oath