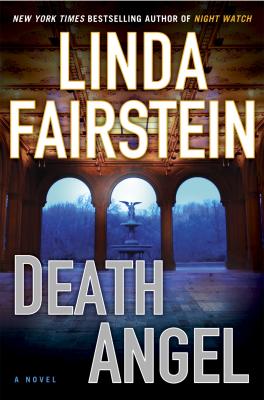 Perennial "New York Times "bestselling crime novelist Linda Fairstein explores the rich and little-known history of New York's City's Central Park in her latest Alexandra Cooper novel, "Death Angel."
When the body of a young woman is discovered in Central Park, the clock begins ticking for Assistant DA Alex Cooper and Detectives Mike Chapman and Mercer Wallace to find the killer who has breached this haven in the middle of New York City. Is the body found in the lake, under the unseeing gaze of the Bethesda angel, the first victim of a deranged psychopath, or is the case connected to other missing girls and women in years past whose remains have never been found? Just as the trio gets their first lead, the investigation is almost derailed when Mike and Alex become embroiled in a scandal.
As Alex attempts to fight the accusations leveled against her and Mike, she follows clues that range from the park's most buried literally secrets all the way to the majestic Dakota, which has experienced its own share of tragedies. When another young woman is attacked in the park, a new question arises: is this enormous urban park a sanctuary as it seems to the thousands of New Yorkers and tourists who fill it every day or is it a hunting ground for a killer with a twisted mind?
Once again, Linda Fairstein will thrill both longtime fans and new readers with an explosive page-turner filled with a shocking realism that only she can deliver.

LINDAFAIRSTEINwas chief of the Sex Crimes Unit of the district attorney s office in Manhattan for more than two decades and is America s foremost legal expert on sexual assault and domestic violence. Her Alexandra Cooper novels are international bestsellers and have been translated into more than a dozen languages. She lives in Manhattan and on Martha s Vineyard."

"Fairstein [melds] the park into her narrative with all the immediacy of a living, breathing character...that’s why Fairstein has long been considered in a class all her own…" - The Hartford Book Examiner

"Once again, Ms. Fairstein illuminates the menacing nighttime escapades and long lost skeletons, literal and metaphorical, of a city that refuses to sleep." - Vineyard Gazette

"Fairstein is writing at the absolute top of her game." - Providence Journal

"Newcomers will relish the lush history tour, while long-time fans may relish the idea of Alex and Mike discovering that they perhaps share more than a professional interest in one another." - Bookreporter.com

“Alex Cooper is a fascinating heroine...based on the equally fascinating life of her creator.”  —O, The Oprah Magazine

“Fairstein is superbly attuned to the sinister vibes of the famous, as well as forgotten, New York City locales.”
-Maureen Corrigan, NPR.org

“Fairstein’s extensive prosecutorial experience adds authenticity to this thrilling procedural, a tasty soufflé of escargots, Beaujolais, cocaine, and murder that will entice the author’s many fans.” — Library Journal on Night Watch

“As always, Manhattan becomes a character in itself, with the spotlight shining here on the inner workings of the restaurant industry in all its complexity, splendor, and corruption. A real winner from a legal-thriller master.” — Booklist on Night Watch