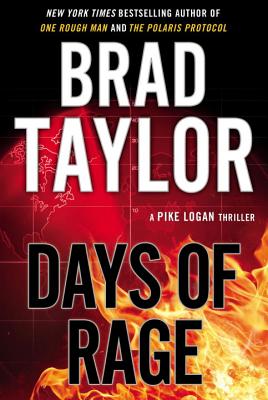 In former delta force operator andNew York Times bestseller Brad Taylor's latest Pike Logan thriller, the Taskforce must stop their most devastating threat yet a weapon of mass destruction.
The Taskforce is used to being the hunter, but this time they re the hunted.
Intent on embroiling the US in a quagmire that will sap its economy and drain its legitimacy, Russia passes a potential weapon of mass destruction to Boko Haram, an extreme Islamic sect in Nigeria. A relic of the Cold War, the Russian FSB believes the weapon has deteriorated and is no longer effective, but they are wrong. Boko Haram has the means for mass destruction, which will be set loose upon a multitude of unsuspecting innocents on one of the world's grandest stages.
Trying to solve the riddle of who might be stalking them, Pike Logan and the Taskforce have no idea what's been set in motion; but there's another secret from the Cold War buried in the Russian FSB, and exposing it will mean the difference between life and death not only for Pike and his partner, Jennifer, but for perhaps millions more around the globe.

BRAD TAYLOR is the author of the New York Timesbestselling Pike Logan series. He served for more than twenty years in the U.S. Army, including eight years in 1st Special Forces Operational Detachment Delta, commonly known as Delta Force. He retired as a Special Forces lieutenant colonel and now lives in Charleston, South Carolina."

“Fresh plot, great action, and Taylor clearly knows what he is writing about. . . . When it comes to tactics and hardware, he is spot-on.”
—Vince Flynn on All Necessary Force

“A great premise, nonstop action, and one of the baddest villains in the genre...make this a winner.”
?Publishers Weekly (starred review) on The Polaris Protocol

“Taylor, whose background in Special Forces gives his work undeniable authenticity, delivers another exciting thriller that the covert-ops crowd will relish.”
—Booklist on The Widow’s Strike

“Don your hazmat suit, prop up your feet, and enjoy a good yarn.” —Kirkus Reviews on The Widow’s Strike

“Those who prize authentic military action will be rewarded.”
—Publishers Weekly on Enemy of Mine