Once Upon a Marigold (Paperback) 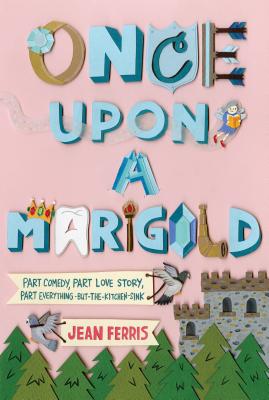 Who knew love could be so amazing—and stupefying? Not Christian. He was clueless when he started spying on the royal family through his telescope. He lives in a cave with a troll for a dad, after all. If his dad had only warned him about all that mind-boggling love stuff, maybe things wouldn't be such a mess. But then, maybe, Princess Marigold would be dead.

But Christian wasn't warned. And now that he's fallen for the princess, it's up to him to untwist an odd love triangle—er, rectangle—and foil a scheming queen who wants to take over the kingdom, even if it means bumping off her own daughter.

With echoes of William Goldman's modern classic The Princess Bride, Jean Ferris's hilarious parody of "Once upon a time . . ." overflows with oddball characters and sage observations—and ends with a slapstick happily-ever-after that's full of surprises.

JEAN FERRIS has written more than a dozen novels for young people, including the popular Marigold trilogy. Once Upon a Marigold was named an ALA Notable Children's Book, an ALA Best Book for Young Adults, and a New York Public Library 100 Books for Reading and Sharing title. Ms. Ferris lives in San Diego, California. Visit her website at www.jeanferris.com.

"Readers will gobble this story up."--VOYA
—