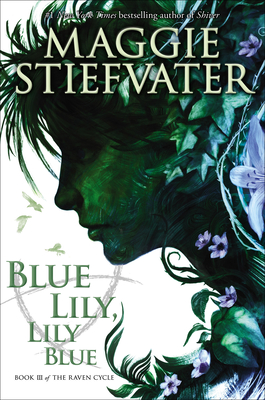 This is book number 3 in the The Raven Cycle series.

The trick with found things, though, is how easily they can be lost.

In a starred review, The Bulletin called The Dream Thieves, the previous book in The Raven Cycle, "a complex web of magical intrigue and heart-stopping action." Now, with Blue Lily, Lily Blue, the web becomes even more complex, snaring readers at every turn.

*"We have not yet finished loving these characters and exploring their world." --The Bulletin, starred review

*"The prose is crisp and dazzling and the dialogue positively crackles." --School Library Journal, starred review

* "Richly written and filled with figurative language . . . this story of secrets and dreams, of brothers and of all-too-real magic is an absolute marvel of imagination and an irresistible invitation to wonder." --Booklist, starred review

* "Mind-blowingly spectacular . . . Stiefvater's careful exploration of class and wealth and their limitations and opportunities astounds with its sensitivity and sophistication. The pace is electric, the prose marvelously sure-footed and strong, but it's the complicated characters . . . that meld magic and reality into an engrossing, believable whole." --Kirkus Reviews, starred review

* "A paranormal thriller . . . this installment [is] more tense and foreboding than its predecessor -- and every bit as gripping." --Publishers Weekly, starred review

* "A complex web of magical intrigue and heartstopping action." --The Bulletin, starred review

* "Readers who want a moody chill and appreciate an atmospheric turn of phrase will want to spend more time in Henrietta." --School Library Journal, starred review

* "The Raven Boys is an incredibly rich and unique tale, a supernatural thriller of a different flavor. . . . Fans have been salivating for Stiefvater's next release and The Raven Boys delivers." --School Library Journal, starred review