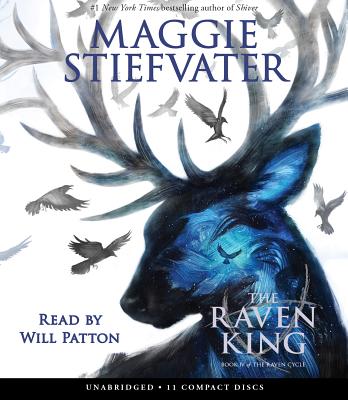 By Maggie Stiefvater, Will Patton (Narrator)
$39.99
Backordered. Place an order and we will let you know when to expect your book.

This is book number 4 in the The Raven Cycle series.

AUDIO - TRADE EDITIONNARRATOR: Will PattonFORMAT: 11 CDs, UnabridgedAll her life, Blue has been warned that she will cause her true love's death. She doesn't believe in true love and never thought this would be a problem, but as her life becomes caught up in the strange and sinister world of the Raven Boys, she's not so sure anymore.

Praise for The Raven King

* "Patton navigates the shifting points with a comfortable ease; he captures the dialogue of each character, of course, but subtle tonal shifts allow him to slip seamlessly in and out of the third-person narrations as well . . . It is this same frenetic energy that Patton channels as the story hurtles toward its close." -- Booklist Online Exclusive, starred review