The Blob That Ate Everyone (Classic Goosebumps #28) (Paperback) 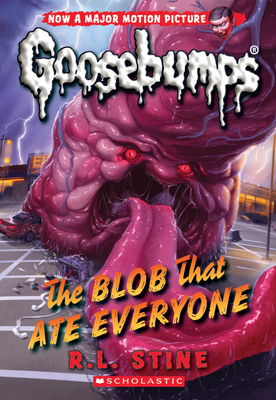 This is book number 28 in the Classic Goosebumps series.

The original series from the Master of Fright--now a major motion picture in theaters October 16, 2015!The original books featuring the scariest creatures from the Goosebumps movie, in theaters October 16, 2015!A famous horror writer. That's what Zackie Beauchamp wants to be. He's writing a story about a giant blob monster. A pink, slimy creature who eats up an entire town!Then Zackie finds the typewriter. In a burned-down antiques store. He takes it home and starts typing. But there's something really odd about that typewriter. Something really dangerous. Because now every scary word Zackie writes is starting to come true.

R.L. Stine is the creator of the bestselling Goosebumps series, which has more than 400 million copies in print worldwide and celebrated 25 years in 2017. Goosebumps is one of the bestselling children's series of all-time and inspired a popular television show, as well as a feature film starring Jack Black that opened at #1 at the box office. His other popular children's books include the series Fear Street, Mostly Ghostly, The Nightmare Room, and Rotten School, and his picture books, with Marc Brown, The Little Shop of Monsters and Mary McScary. R.L. Stine lives in New York City. You can connect with him on Twitter at @RL_Stine or Facebook: facebook.com/rlstine. For more information, visit rlstine.com and scholastic.com/goosebumps.