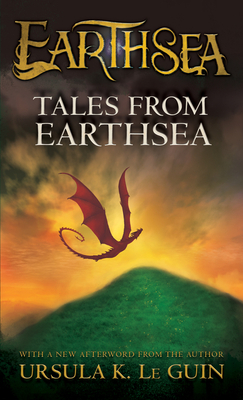 This is book number 5 in the The Earthsea Cycle series.

The tales of this book explore and extend the world established by Ursula K. Le Guin's must-read Earthsea Cycle. "The magic of Earthsea is primal; the lessons of Earthsea remain as potent, as wise, and as necessary as anyone could dream." (Neil Gaiman)

This collection contains the novella "The Finder," and the short stories "The Bones of the Earth," "Darkrose and Diamond," "On the High Marsh," and "Dragonfly." Concluding with an account of Earthsea's history, people, languages, literature, and magic, this edition also features two new maps of Earthsea.

"New and longtime Earthsea fans will be drawn to these impressive new editions."—Horn Book —