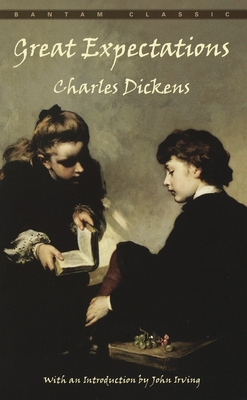 Pip, a poor orphan being raised by a cruel sister, does not have much in the way of great expectations—until he is inexplicably elevated to wealth by an anonymous benefactor. Full of unforgettable characters—including a terrifying convict named Magwitch, the eccentric Miss Havisham, and her beautiful but manipulative niece, Estella, Great Expectations is a tale of intrigue, unattainable love, and all of the happiness money can’t buy. “Great Expectations has the most wonderful and most perfectly worked-out plot for a novel in the English language,” according to John Irving, and J. Hillis Miller declares, “Great Expectations is the most unified and concentrated expression of Dickens’s abiding sense of the world, and Pip might be called the archetypal Dickens hero.”

"No story in the first person was ever better told."