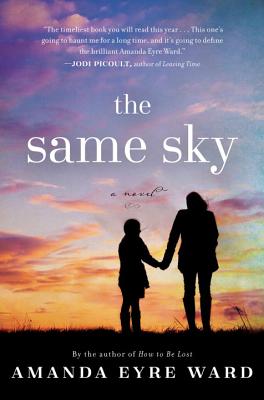 "Austin author Amanda Eyre Ward takes on the timely and relevant subjects of immigration and American privilege in her new novel, The Same Sky. Shifting by chapter between the story of Alice, an Austin woman struggling to adopt a child with her husband, and Carla, a twelve year old girl making the trip from Tegucigalpa, Honduras to Texas, Ward highlights the significant disparity between perspectives north and south of the border. Carla's chapters offer much-needed insight into the herculean, life-threatening odyssey from South America to the United States that people embark upon every day to chase those elements of life - food, safety, shelter, work, education - that many of us take as birthright here in the States. Alice's story is rooted in real Austin landmarks (she and her husband own a barbecue joint similar to Franklin's) which assert, particularly for local readers, the truth of the many economic layers (and presumptions) that make up our community, from shoppers at Whole Foods to people working the fryers at Chik-Fil-A. The Same Sky is a book that works to understand our community; not just our neighborhoods in Austin, but America as a whole. It's important reading for anyone who has an opinion on immigration."

From the acclaimed author of "How to Be Lost "and" Close Your Eyes" comes a beautiful and heartrending novel about motherhood, resilience, and faith a ripped-from-the-headlines story of two families on both sides of the American border.
Alice and her husband, Jake, own a barbecue restaurant in Austin, Texas. Hardworking and popular in their community, they have a loving marriage and thriving business, but Alice still feels that something is missing, lying just beyond reach.
Carla is a strong-willed young girl who's had to grow up fast, acting as caretaker to her six-year-old brother Junior. Years ago, her mother left the family behind in Honduras to make the arduous, illegal journey to Texas. But when Carla's grandmother dies and violence in the city escalates, Carla takes fate into her own hands and with Junior, she joins the thousands of children making their way across Mexico to America, facing great peril for the chance at a better life.
In this elegant novel, the lives of Alice and Carla will intersect in a profound and surprising way. Poignant and arresting, "The Same Sky" is about finding courage through struggle, hope amid heartache, and summoning the strength no matter what dangers await to find the place where you belong.
Praise for "The Same Sky"
"The Same Sky" is the timeliest book you will read this year a wrenching, honest, painstakingly researched novel that puts a human face to the story of undocumented youth desperately seeking their dreams in America. This one's going to haunt me for a long time and it's going to define the brilliant Amanda Eyre Ward as a leading author of socially conscious fiction. Jodi Picoult, author of "Leaving Time"
Riveting, heartrending, and beautifully written, "The Same Sky" pulled me in on the first page and held my attention all the way to its perfect conclusion. I devoured this book. Christina Baker Kline, author of "Orphan Train"
Ward is deeply sympathetic to her characters, and this affecting novel is sure to provoke conversations about immigration and adoption. "The New York Times Book Review
"
A deeply affecting look at the contrast between middle-class U.S. life and the brutal reality of Central American children so desperate they ll risk everything. "People"
"
" Amanda Eyre Ward's novel of the migrant journey, "The Same Sky, " is the most important book to come out of Austin this year. "The Austin Chronicle"
After reading "The Same Sky, " you just might view the world a little differently. And isn t that the goal of all great art? "Bookreporter"
Emotionally gripping . . . a novel that brilliantly attaches us to broader perspectives. It is a needed respite from the angry politics surrounding border issues that, instead of dividing us, connects us to our humanity. "The" "Dallas Morning News
"
It takes a skilled, compassionate writer to craft an authentic, moving page-turner from a complex social issue like immigration, but Ward nails it. "Good Housekeeping"
Poignant and bittersweet . . . Eyre's wrenching fifth novel is a study in contrasts. . . . Carla's journey is powerfully rendered and will stick with readers long after they close the book. "Publishers Weekly"
Ward writes with great empathy. . . . Earnest and well-told. Heartstrings will be pulled. "Kirkus Reviews.

Amanda Eyre Ward is the critically acclaimed author of five novels, including the bestseller "How to Be Lost." She has spent the last year visiting shelters in Texas and California, meeting immigrant children and hearing their stories. This novel is inspired by them.

Pre-order your copy of The Same Sky from BookPeople
& Amanda Eyre Ward will
SIGN & PERSONALIZE your book!

Books will be shipped to arrive on your doorstep by January 20, the book's national on sale date.

There is no limit to the number of copies one person can have signed/personlized.

What does "personalized" mean?
It means Amanda Eyre Ward will sign the book to a specific name - yours, your daughter's, your son's, your cousin's, niece's...whomever you like!

Please email online (at) bookpeople.com with any questions.