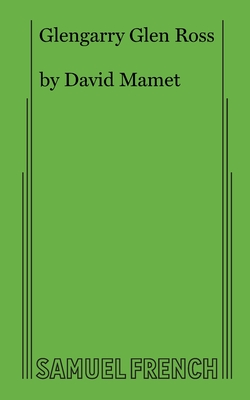 This scalding comedy took Broadway and London by storm and won the 1984 Pulitzer Prize. Here is Mamet at his very best, writing about small-time, cutthroat real estate salesmen trying to grind out a living by pushing plots of land on reluctant buyers in a never-ending scramble for their share of the American dream. Revived on Broadway in 2006 this masterpiece of American drama became a celebrated film which starred Al Pacino, Jac.