A Masterpiece of Comic...Timing! (Paperback) 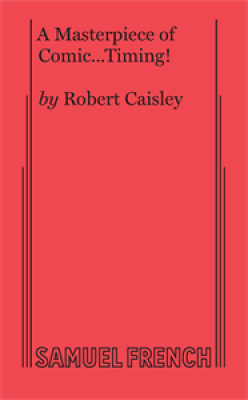 New York producer Jerry Cobb has invited wunderkind playwright Nebraska Jones for an all-expense-paid trip to paradise. Cobb has invested all his money commissioning Jones' next play, which he believes will eclipse his Broadway debut - hailed by critics as a "masterpiece of comic timing." Banking on Jones' reputation and momentum, Cobb is disheartened to find his playwright suffering from a severe case of depression: he's morose; he won't eat; he can&

"There are lots of jokes in this play that make up all of the crazy action going on on stage... When it all comes to an end, the audience is still laughing uproariously." - Davis Enterprise